Youth Sports, When does it Become Too Much? 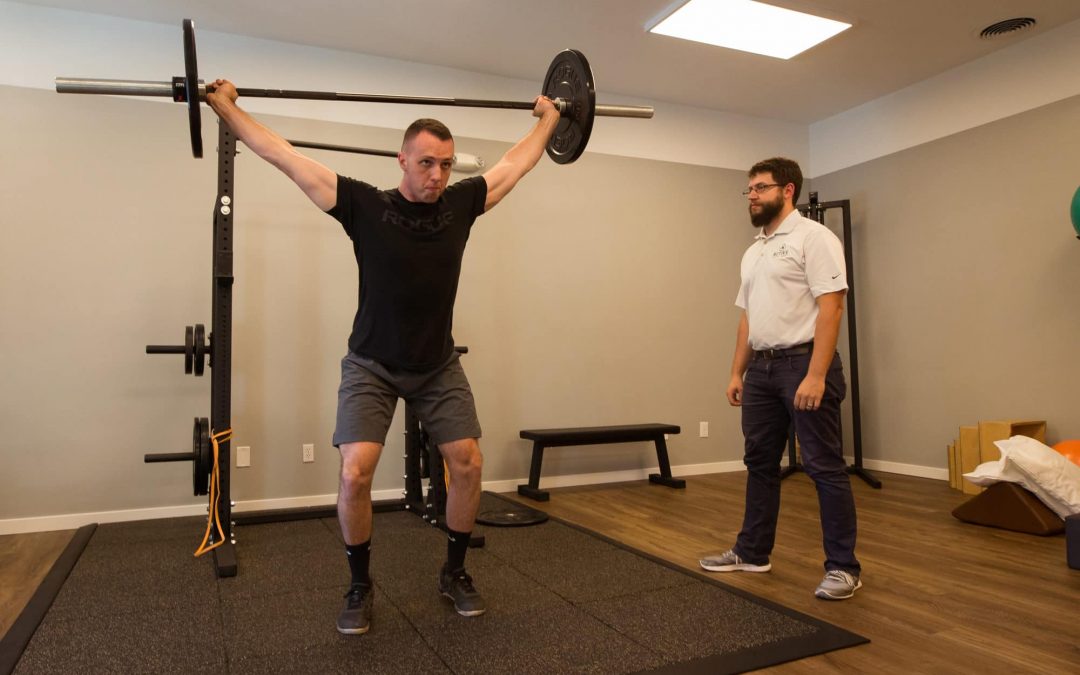 Growing up and playing competitive hockey, my goal was always to obtain a college scholarship and maybe, just maybe make it to that next level. So, I did what any other talented young athlete would do, I listened to well-meaning coaches and scouts and focused all of my energy on MY sport at a young age. I thoroughly enjoyed playing hockey and was happy to play 2 hours, 5+ times a week year-round…

My story of early specialization is all too common in competitive athletics. A recent study by Post and colleagues found that the vast majority of division 1 athletes that specialize early do so because:

“The most common reason cited by athletes for choosing to specialize in their college sport was enjoying that sport the most. The second and third most frequent selections were having an opportunity to earn a scholarship to play in college and being the best at that sport, respectively. Only 9.9% (n = 34) of athletes cited parental influence as the most important factor in their decision to specialize in their college sport.”

Who has more success?

All of these reasons make perfect sense, but do athletes who specialize early actually have more success than multi-sport athletes?

According to the same study looking at division 1 athletes, the prevalence of highly specialized athletes (year round training of > 8 months per year, chose a single main sport, and quit all sports to focus on a single sport) increased significantly from freshman (16.9%) to senior year (41.1%) of high school.

In a separate study, among high school athletes, 29.5% classified themselves as one-sport athletes and 36.4% were considered highly specialized in their chosen sport. Based on this information, there does not seem to be a significant difference between division 1 athletes and the general high school athlete population with regards to specialization.

What about the NFL?

Furthermore, approximately 90% of 2016 and 2017 NFL draft picks played multiple sports during high school. In agreement with this trend, 100% of 2016 national college football award winners, including all 5 Heisman Trophy finalists, were not highly specialized or single-sport athletes in high school.

And looking closer at the two teams who played in Super Bowl LI, approximately 87% of the players on both teams were multi-sport athletes in high school. The current evidence does not necessarily look favorable for the highly specialized athlete.

What about risk of injury?

More importantly, how does early specialization impact risk of injury?

How about Ice Hockey?

When looking closer at ice hockey, one of the most common areas of injury tends to revolve around the hip/pelvic region. Being that highly specialized athletes are 2.74 times more likely to sustain an overuse injury to this region, this should be an area of specific concern…

Femoroacetabular Impingement Syndrome (FAIS) is an abnormal growth of bone localized to the femoral neck and/or acetabular rim. In the case of Cam morphology (increased bone growth on femoral neck), the prevalence significantly increases in ice hockey players as they age. Even when compared to a similar group of athletes (skiers), the ice hockey group showed a consistent increase in prevalence as age increases.

While this altered morphology may not result in a painful condition, as a recent study showed prevalence of FAIS in 68% of ice hockey players with only 22% demonstrating symptoms. This increased prevalence of altered hip/pelvic morphology speaks to the repetitive nature of the sport (especially among goaltenders) and may predispose them to hip/groin pathology as their career progresses.

Will one-sport athletes stick with their sport?

Moving to the psychological impact of sport specialization, there is also evidence to support increased levels of drop out in those highly specialized athletes.

Dropout can occur for any number of reasons spanning from psychological to physical factors. Studies looking into the reasoning behind burnout in competitive tennis players found burned-out players had less input into training and sport-related decisions and practiced more days with decreased motivation. While sport specialization has not necessarily been linked to burnout, the underlying stressors related to the early and highly specialized athlete mimic those reasons for dropout.

Knowing the negative impact of early and high specialization in one sport, what can we as athletes, coaches, parents, and healthcare providers do?

We as a culture need to make a change in how youth and competitive sports are positioned. The highly specialized athlete is:

We need to embrace the need for varying experiences and movement activities. The literature is fairly definitive and we need to push our children, athletes, and coaches to focus on enjoying their athletic career and on developing overall athleticism during this time frame.

Interested in developing the young athlete in your life for overall athleticism and  sustainability in their sport? Schedule an appointment by calling our office at 614-850-0500 or sending us an email at office@activeptcolumbus.com to get started!